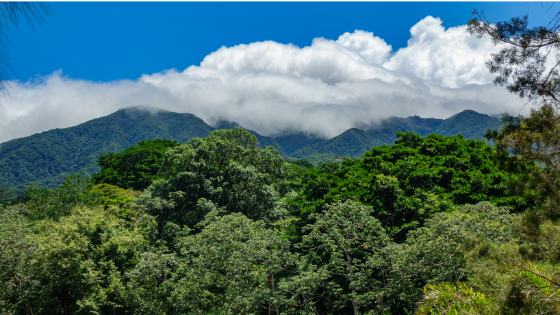 The translation of the name is “old lady`s nook”. The indigenous people of the Guatuso tribe named the volcano. They say that this is the story is behind the name: a father has thrown his daughter’s truelove into the mouth of the volcano, since that time she is living there as an recluse and an old witch giving smoke signals.

It is located in the Guanacaste Province, and only around 2 hours’ drive away from Tamarindo. From San José it is about 143 miles (230km), and 15 miles (24km) from Liberia.

This national park is great for day tours and a must-visit destination when you are in the Guanacaste Province.

The Rincón de la Vieja National Park got its name from the volcano that’s located there. In addition to the volcano there is also 32 rivers and streams, and a fascinating ecosystem here.

Animals and plants around the Rincon de la Vieja volcano

Because of the incredible variety of flora and fauna in this national park, it is possible to see exotic animals like kinkajous, pumas, a variety of monkeys, sloths, tapirs, jaguars, and more.

The national park habitats over 250 bird species, among them the are “Quetzal”, which is a strikingly colored bird that is near threatened.

Based on the high humidity, orchids can thrive here very well. Therefore, Rincón de la Vieja has one of the biggest natural deposits of the national flower “Guaria Morada”.

There are 7 hiking trails in the park. The “Las Pailas” sector is the most popular one since it’s closer to Liberia, it is located in the southern area of the volcano. The other sector is called Santa Maria. 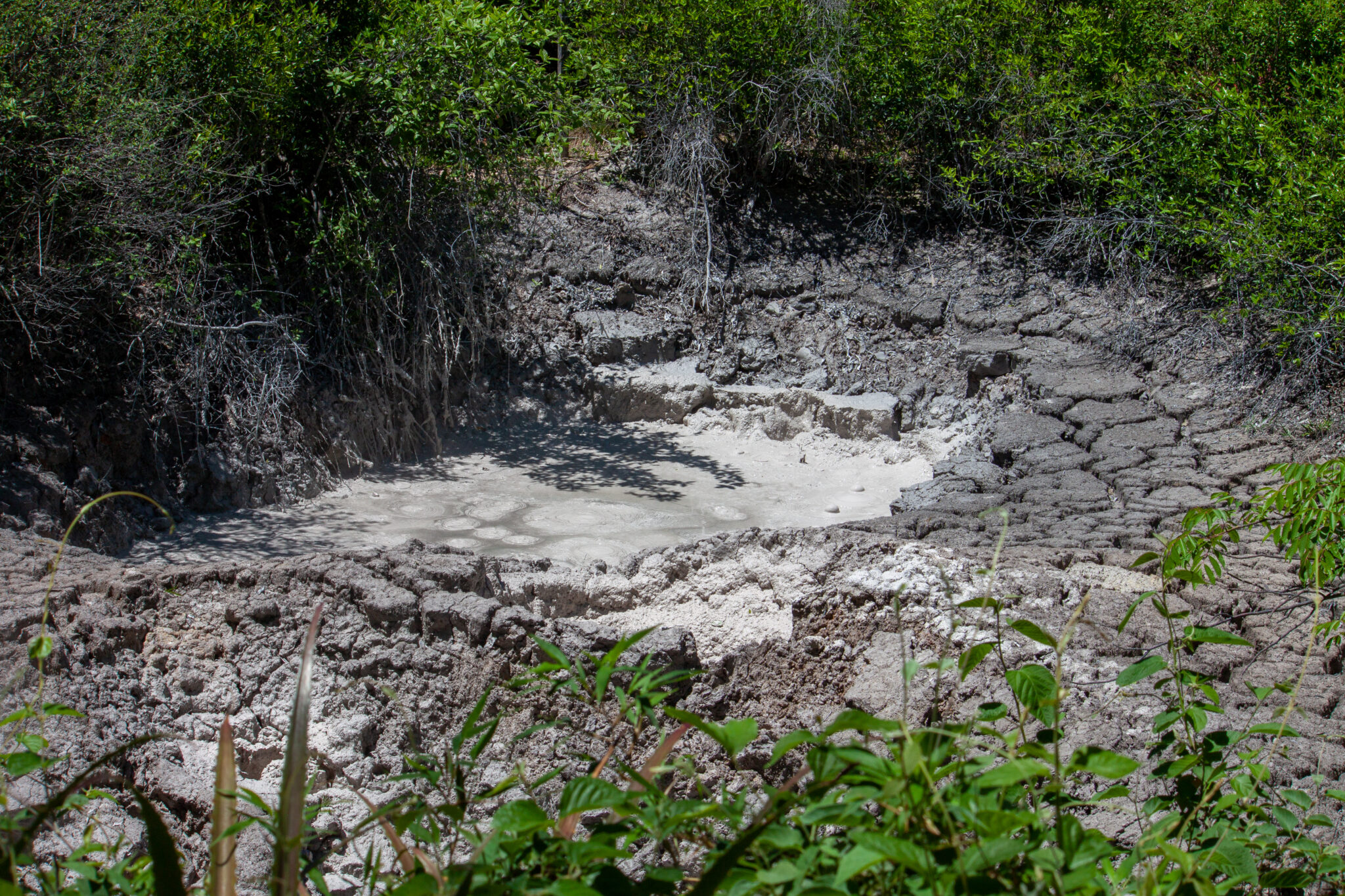 What can you see and do around The National park?

In the National Park, you will find everything from boiling mud pots to waterfalls. You can easily do a short 1.86 mile (3km) hike to see the mud pots, an underground volcano, different species of old trees, exotic animals, water boiling from the heat of the volcano and beautiful landscapes.

The other hike from the Las Pailas sector is a bit longer and it goes to 2 waterfalls. If you do this hike on top of the shorter hike around the mud pots etc. It’s better to choose one of the waterfalls since the hikes are pretty demanding. It’s approximately 6 miles (10km) to hike back and forth to one of the waterfalls, if you do both it will be around 8 miles (13km) and be prepared for climbing up some pretty steep trails. The shorter hike is very easy.

On the shorter hike around the mud pots, you can also choose to walk to a river close by. This hike is approximately 4.3 miles (7km) long.

Make sure to protect your head if you are planning on spending the whole day here, some areas are not covered with trees and the sun can be very strong. The National Park is quite high up so the weather is a little bit cooler here.

There are many hot springs in the national park, some of them require you to purchase a ticket beforehand, so make sure to check online before going. 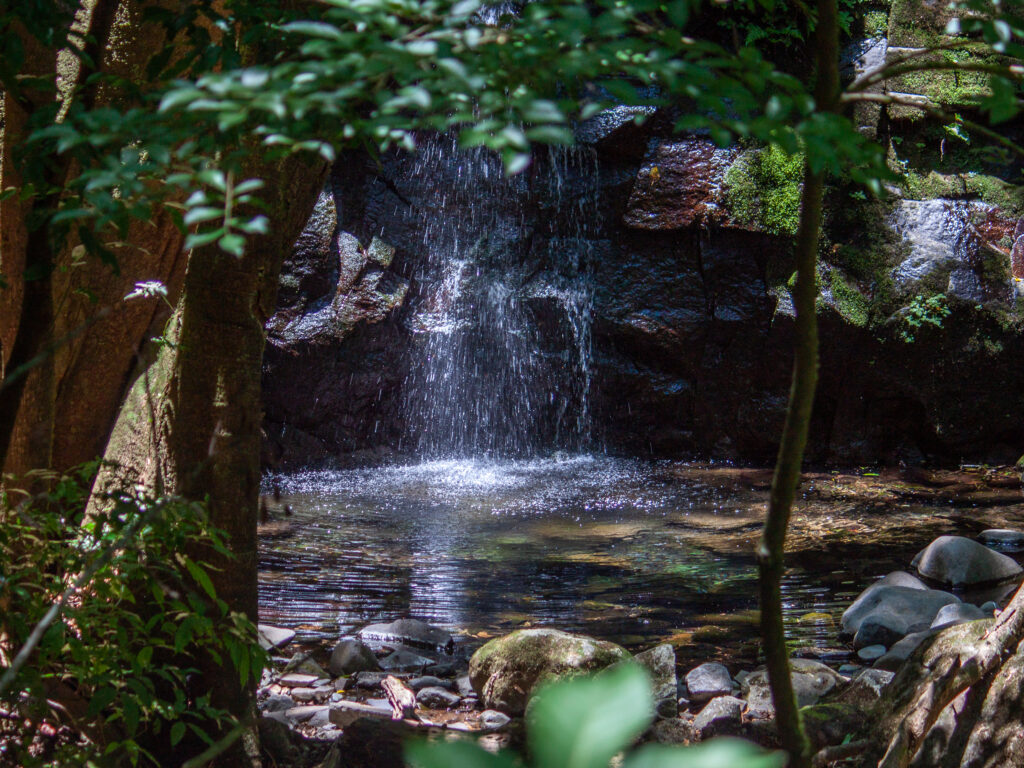 Time to explore the beauty of Guanacaste?

We have two exciting tours for this great national park!

All you need to do is contact us and we will book the tour for you with our sister company Kelly’s Surf Shop here in Tamarindo!

The zipline course is the best in the area including a rappel, Tarzan swing, and a rock-climbing wall.

The river tubing is 5 km and has a great mix of rapids and ‘lazy’ parts where you can float and admire the scenery.

You will be picked up at 6:30 AM from the Sirena Serena hotel here in Tamarindo.

What to bring: shoes that can get wet that won’t fall off (rafting, tennis, or water shoes), camera, bug repellent, sunscreen, comfortable clothes, change of clothes.

For more information check out the following link: http://www.kellyssurfshop.com/en/activity/52858/guachipelin-combo-adventure

This Tour starts with a 3-hour moderate hike in the “Las Pailas” sector. You will get the chance to see the wildlife and volcanic activity such as bubbling mud pots, fumaroles, and a mini crater.

Here are some of our favourite items we use when going to the National parks:

For more information check out the following link: http://www.kellyssurfshop.com/en/activity/66002/rincon-de-la-vieja-volcano-national-park-tour